Tips for making a web based multiplayer game at a Game Jam – September 27, 2015

At a Game Jam

Suppose you go to a game jam and you want to create a multiplayer game. You talk about this idea with other people, and what you hear:

That’s right, multiplayer games are hard to implement, especially under time constraints and pressure. It is a crazy idea to even consider it at a game jam.

However, the networking part of a game is similar to other aspects like graphics, physics and artificial intelligence. If you come with the right tools and frameworks (a game engine for example), getting started will become easier and will speed up the process of game creation.

This post will give an insight on how to tackle this challenge.

A web based multiplayer game?

The types of interactions are illustrated below. 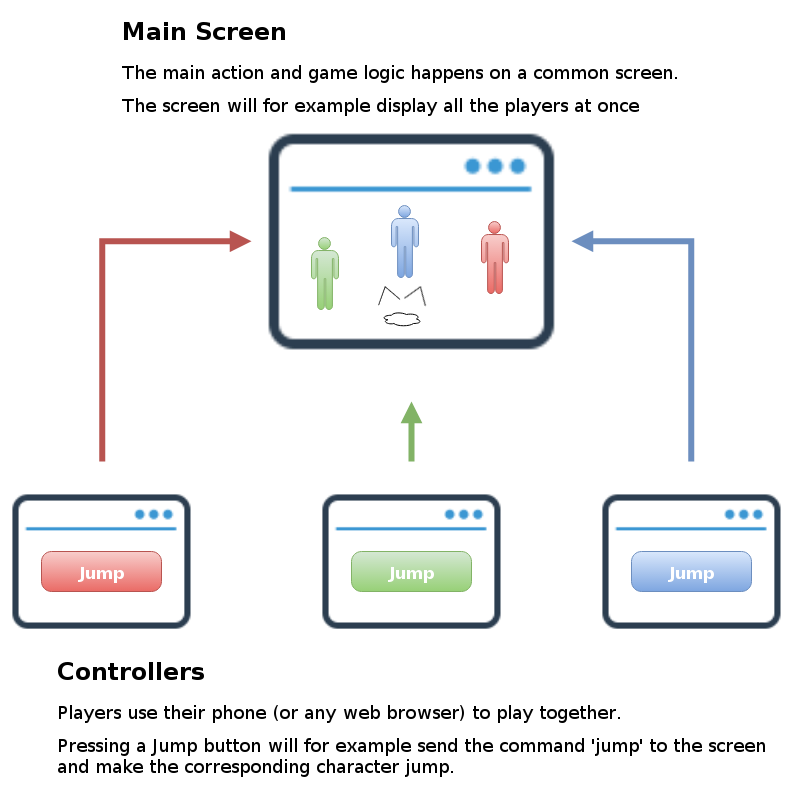 The Main Screen also talks to the players to assign a color or update a state for example.

It’s always nice when other participants at a game jam want to try your game. But it should be easy to setup, without requiring thousands of steps. Being web based has the big advantage of improving the accessibility.

The key point at a game jam is to save as much time as possible. Knowing the tech and the tools is crucial to not waste effort on technical details.

Then at the jam:

What networking framework to use?

Check it out here: github.com/greggman/HappyFunTimes

HappyFunTimes is a system for playing party games that are meant to be played with a bunch of people in the same room and 1 ideally large display.

I used HappyFunTimes once at a game jam. It helped us (the team) a lot to build what we wanted.

HappyFunTimes is a great and very complete framework. However, we faced two difficulties:

These two points led to the creation of jammer. See below.

Check it out here: github.com/jtpio/jammer (with documentation and examples)

Jammer is obviously inspired by HappyFunTimes, but with the following goals in mind: 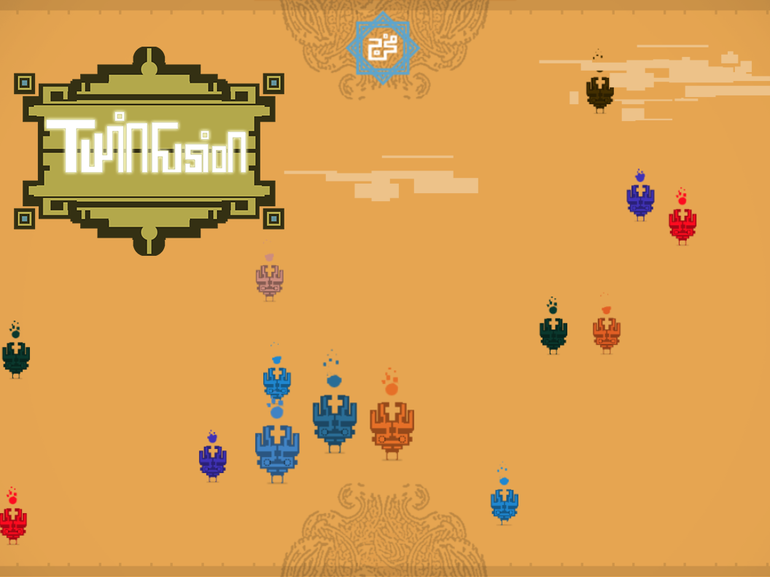 Made at the Arabic Game Jam 2014 in Malmö, Twin Fusion was originally implemented on top of HappyFunTimes. It was then rewritten with jammer to keep things simpler, reduce the code size, and make it possible to play on the Internet. Made as a hobby project, a proof of concept to showcase jammer, Squame was first demoed at DemoDag Copenhagen as a two-players game (refer to the branch two-players).

It was then remastered and demoed at DemoDag Malmö, allowing many more players to connect at the same time. Check out the code to learn more.

It is a good example on how to build everything together with Phaser, Require.js and jammer. You can even use that example as a template for your game, and remove everything you don’t need.

That was some tips, tools and examples, should you want to go for a multiplayer game at a game jam.

It is also possible to use the same tech for something that is not game, a cooperative experiment for example.

Let me know if you have any question!